I've seen a few third-party Eldar aegis defence lines, but the new one from Spellcrow is the best I've seen. Rather than energy fields, it's just an ornate wall of wraithbone.

I've ordered a couple of sets (two pieces, as above, in each) to make a reasonable wall. It should look good either as random terrain or as a placed defensive line.

While I was there, I also ordered a couple of their new "space elf" jetbikes. 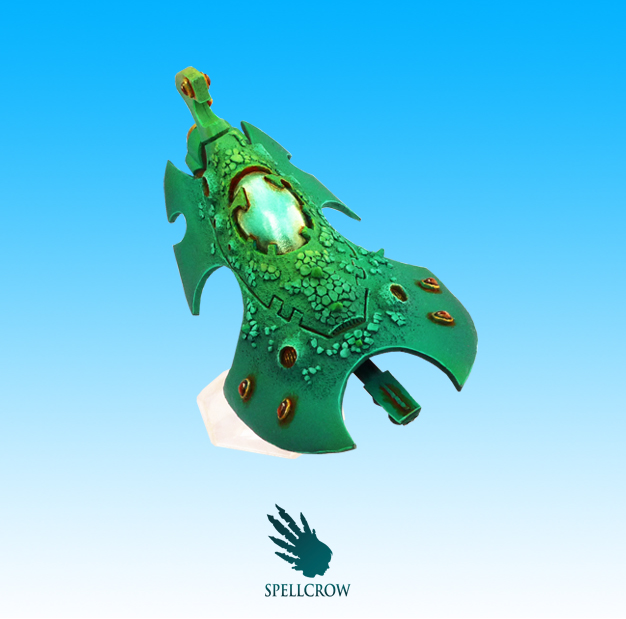 I have four of the new model Eldar jetbikes, and one of the new warlocks on bike, plus many old jetbikes plus a farseer and two warlock I converted, so I probably won't use them as jetbikes. I intend to use them as hornets, which should be fun. I love flying Eldar.

Can't wait for them to arrive.  Now I have a permanent hobby space I have got a lot more done, so I'm not worried that these will stay untouched for long.
Posted by Digehode at 16:30