A sudden surge of progress

I finished work a few days ago for Christmas and I've been hobbying like mad.

I've built another wraithlord, complete with another full set of magnetised weapon options.  This one's jogging into battle.

Here's the second one with the arms of the first: 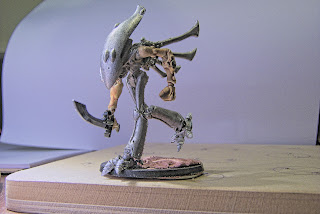 And here's the first one, with the arms from the second: 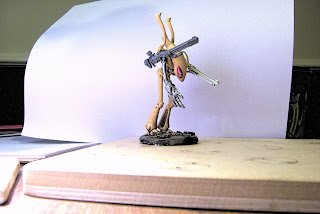 The plastic arms from wraithlord 1 are on here for now because they can be posed better than the weighty metal ones, but they're all fully interchangeable. I've loved these metal Eldar dreads since I was a kid. I have more bits of them in my bitsbox, so I might get around to another at some point.

I wasn't sure how to basecoat all of the weapons easily since they're all small and I didn't want to have to do them in two halves, so I build a little rack with non-ferrous wire and then added a couple of lines of steel wire for them to stick to. 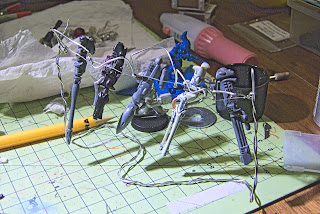 I also finally basecoated a section of fence we've had built for ages and some resin crates. 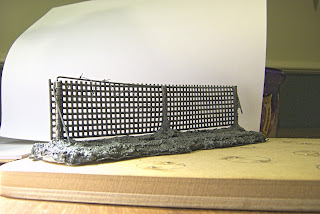 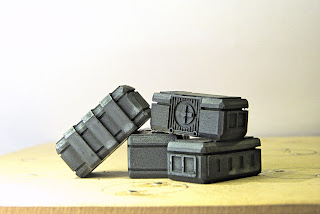 I made some objective markers from air-drying clay and Wilkinson Christmas decorations (£2 well spent).  They need painting, but I like how they look so far. 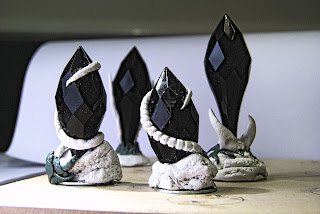 And I'm finally ready to start paining my Swooping Hawks.  I spent a long time posing these guys to make each one as different as possible with the small number of poses available, so a squad of 10 doesn't look to repetitious. They're the metal ones everyone seems to want to get rid of. I added wings made from trimmed "wing pendants" bought for a couple of quid on e-bay. I've basecoated them with Army Painter Crystal Blue, ready for shading and detailing. 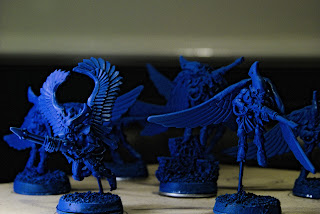 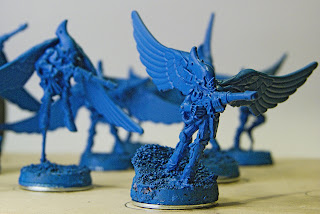 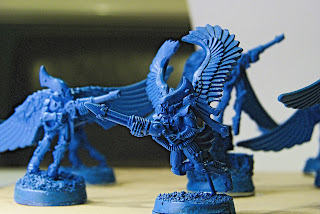 And finally, I've been painting the sniper model from Deadzone.  Santa is bringing me the prerelease box for Christmas, but I picked this model up so I had something to paint in the meantime. 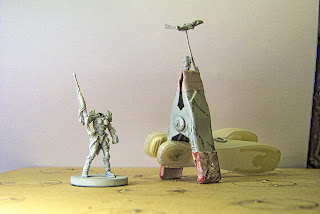 Now I think about it, I really don't know why I thought I was short on things needing to be done. Everything in this post is half done and needs work.  I also have built the last of the young Nephilim from the Lilith Malifaux starter box I bought ages ago, basecoated and washed another squad of Eldar Guardians, picked up a whole bunch of jetbikes that need stripping, fixing, converting and painting, started working on two Eldar heavy weapon platforms using a mix of the too-small metal weapon platform bases with over-sized mega weapons from wraithknights (I think, I have lots of random bits).

Here's the tray of stuff needing a basecoat: 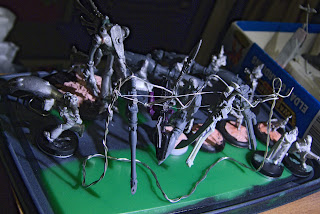 I made a couple of 2'x2' boards which have been worked on since the photo below, but are still very much unfinished, too. 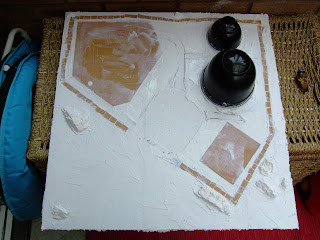 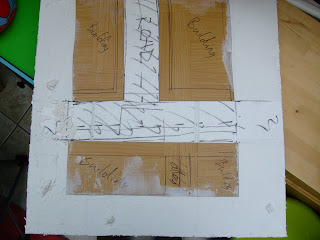 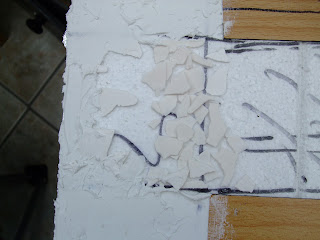 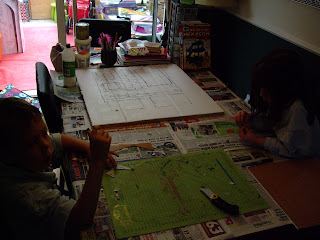 I'm also scratch-building a Deff Dread for my son's Ork army. I'm probably going to burn out and go back to writing code instead soon, but hopefully I can actually call some of these complete before then.