I've been hoarding jetbikes, jetbike pieces and jetbike wreckage from e-bay for nearly a couple of years now.  Every time I saw them cheap, regardless of how badly they were painted or how insanely "customised" they were, I got them and stripped them.

After playing a 500pt game against  +Daniel Goldsmith' s Dark Angels I decided that for the next game (750) I needed to have mobile troops.  No way was he going to let me get away with camping 5 feet away and around a solid wall  from his firepower a second time.

So, jetbikes it is.  I'm also painting up the objective crates from Mantic, because I like them and want to use them as markers in 40K as well.

Here's everything, ready for priming: 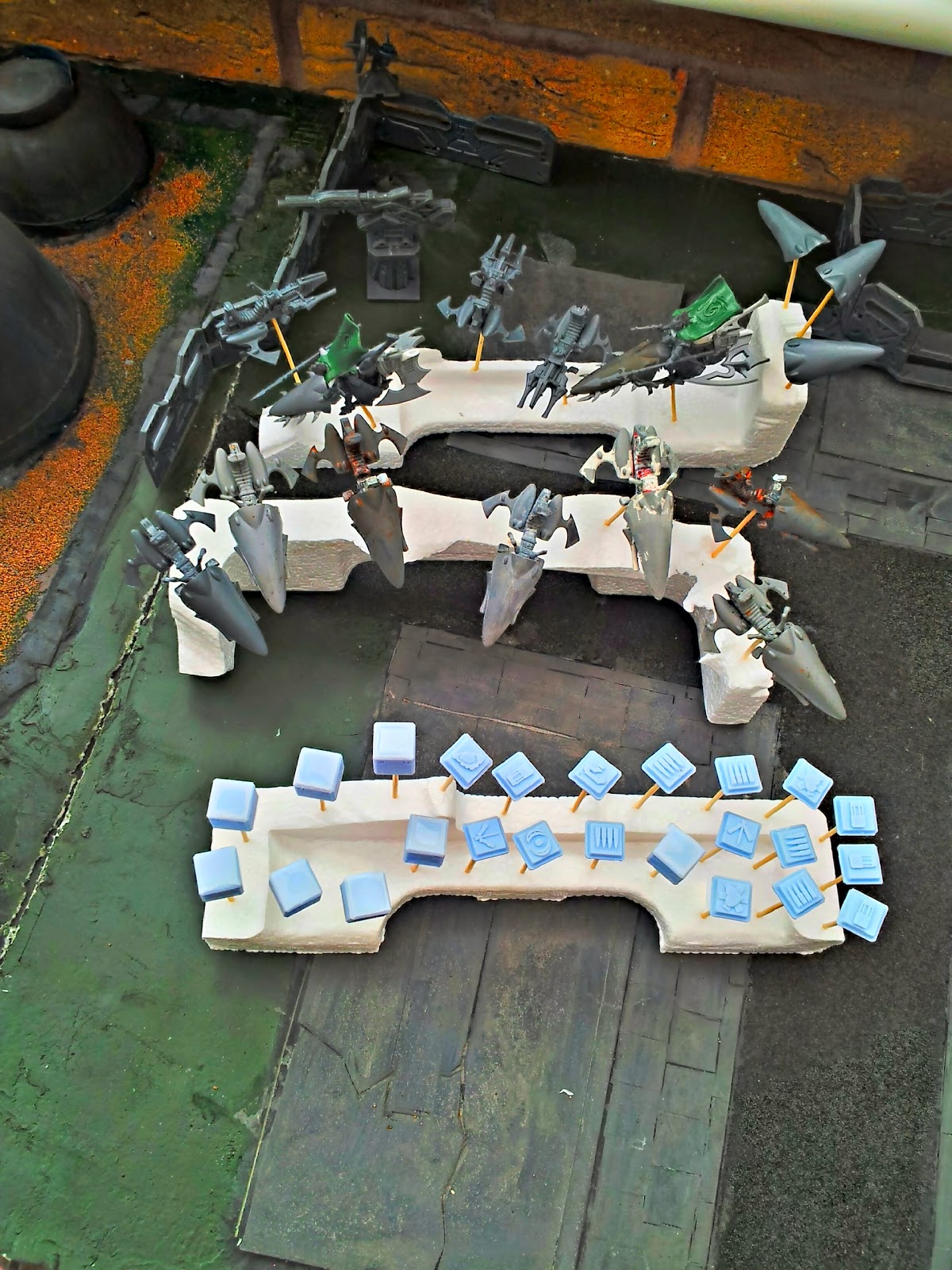 In amongst them are two warlocks.  Their bikes are half Dark Eldar, half Eldar, with bits of extra plastic making smaller exhausts on the back, their torsos are DE wyches, their legs are elf (I think) horse riders from fantasy, their heads are from DE scourges and the spear arms are dark elf scourgerunners'.  A bit of a hodge podge, but I like the look.  They have magnets in their seats and buttocks, so I have the option of changing riders/bikes down the line.

Not really sure if they're worth it considering 7ths new psychic phase. But I also have a half formed idea about just rolling single dice for them and taking the 50:50 chance of powers with no perils risk. With two powers each now, that's a 75% chance of something each turn.  A bit chaotic, but I can save the important stuff for the farseer, with his nice safe ghost-helm.

Here they are before priming, zooming over half-finished terrain pieces... 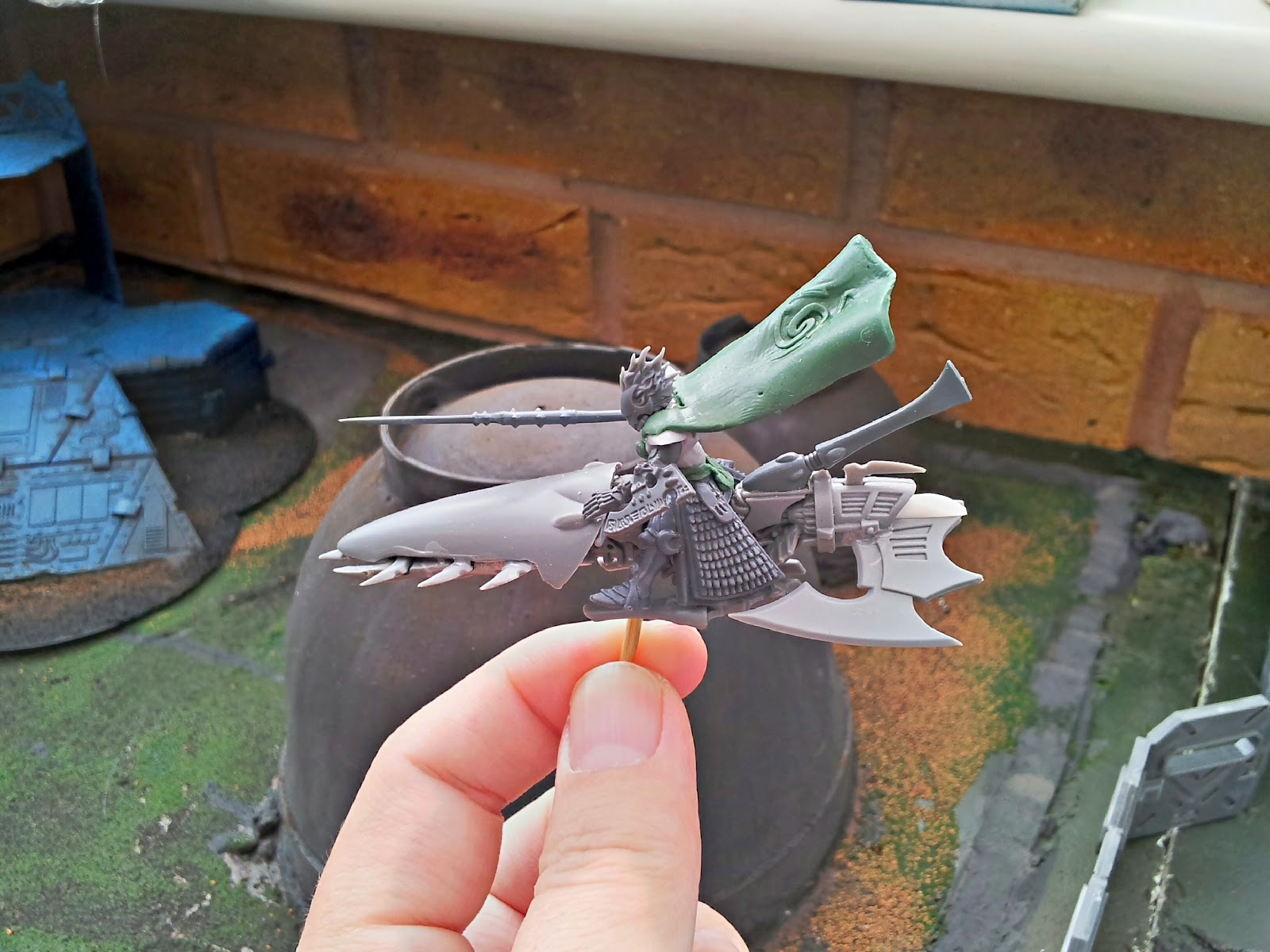 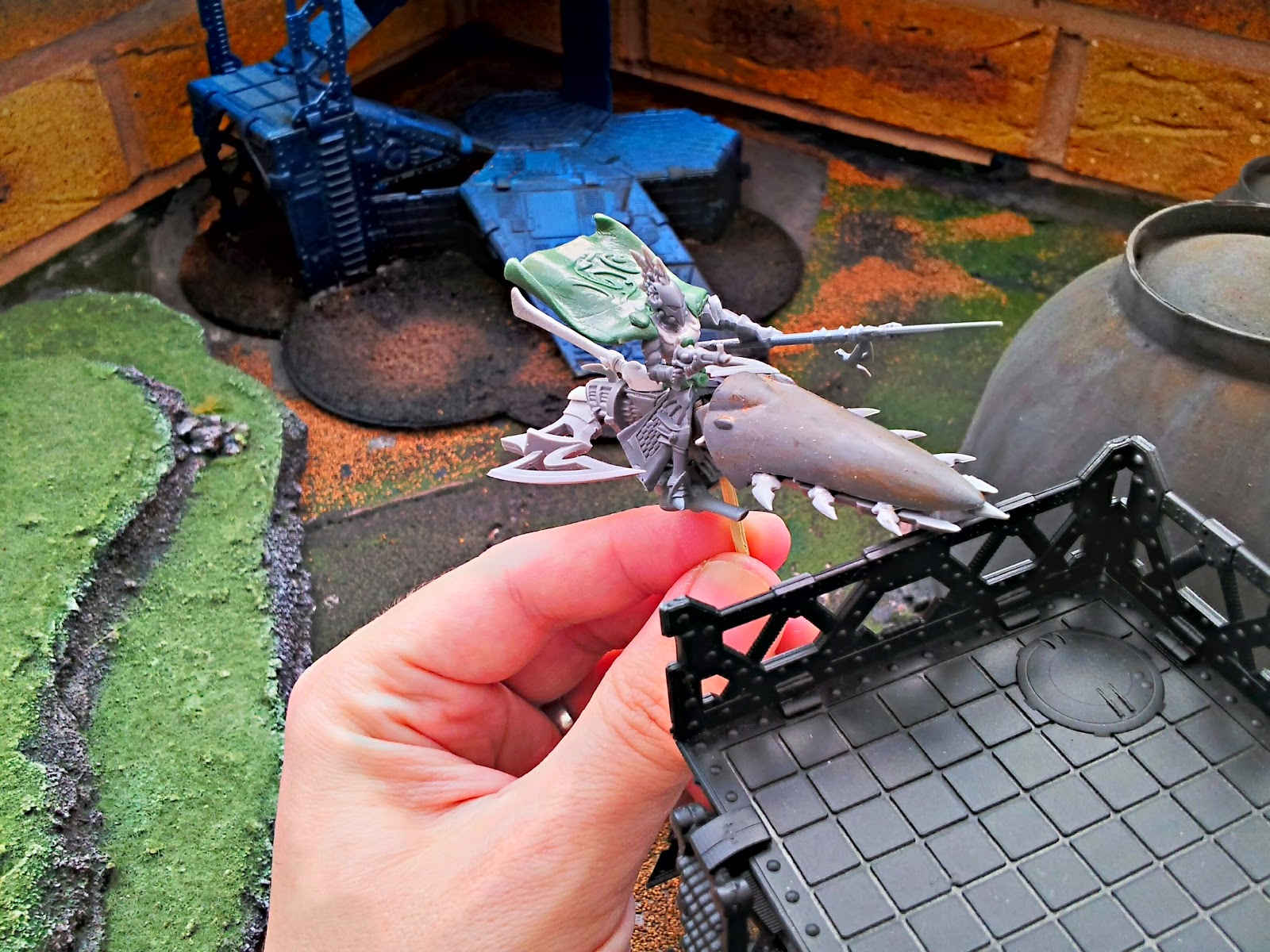 The problem I'm having now, is that I really don't like old Eldar helmets and that's what the standard jetbike pilot has.  I'm thinking of using kabalite warrior heads instead.

Also, for more warlocks in future, I have some wood elf wildrider heads with awesome antlers that would look good.  I don't want any two warlocks to look the same, but I want a certain amount of uniformity in the jetbike troops.
Posted by Digehode at 01:14