I hear lots of opinion about how GW are moving toward having a range of models that matches exactly the items in the codex in order to push out third party manufacturers.  That doesn't seem to have stretched to farseers (or warlocks) on jetbikes. Which  is fine by me, since there's very little in my collection that is made from current, out-of-the-box, un-modded, GW produced plastic.

I've seen lots of really great conversions and I was going to do something similar, splicing and grafting a cloak onto a jetbike rider, swapping heads and arms, etc., or possibly modelling a cloak with greenstuff.  But then the voice of Edna Mode came to me: NO CAPES!  This is a jetbike, flying at breakneck speed through a battle zone.  You don't want to be hurtling round a corner only to get tangled up on some spiky chaos adornments.

So, I get a guy in a close-fitting bodysuit, like the usual jetbike riders, give him a farseer head and an arm holding a spear. But he doesn't look like an HQ choice.  He looks like a windrider at fancy dress.

Instead, I thought, why not make the jetbike special instead?  I actually like Eldar jetbikes.  I think for the same reason I love the metal wraithlords: I had one as a kid. I may still have my harlequin jetbike somewhere. If I ever find it and scrape off the half-dozen layered paint schemes I lavished on it, I'll use it for a jetbike warlock. I wanted something special but still in keeping.

What I came up with was part vyper, part jetbike, with a sprinkling of wave-serpent and war walker bits.

The back end is a pair of wings and seat from a vyper with the enormous footplate bit removed, the  seat trimmed down and a jetbike front and shuriken catapult added. 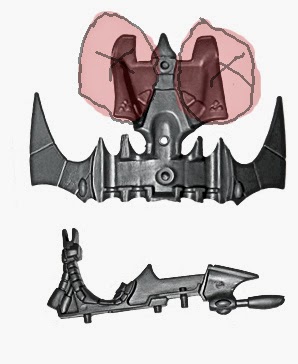 Then: fins, lots of fins. 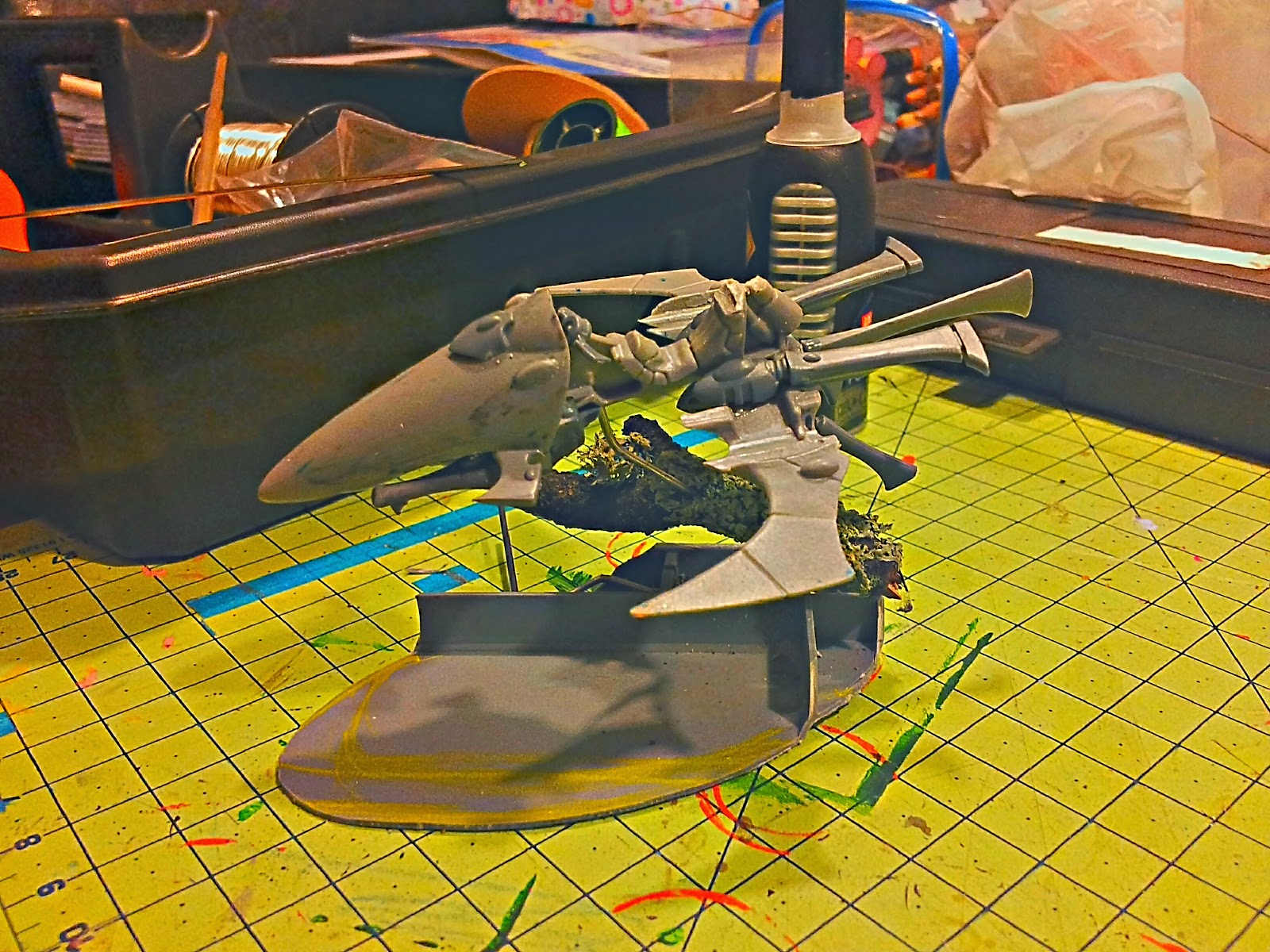 There's a little gap either side of the seat that was annoying. It was obviously missing a part.

I found a bit in my box that fit, but needed another one.  It was an arm shield from the new plastic wraithguard. I don't own any, so it must have come in one of the bunches of bits I'd bought on ebay when I was looking for jetbike parts to build my squadron. Reddit helped me find the source and http://megabitzshop.com/ supplied the missing piece. 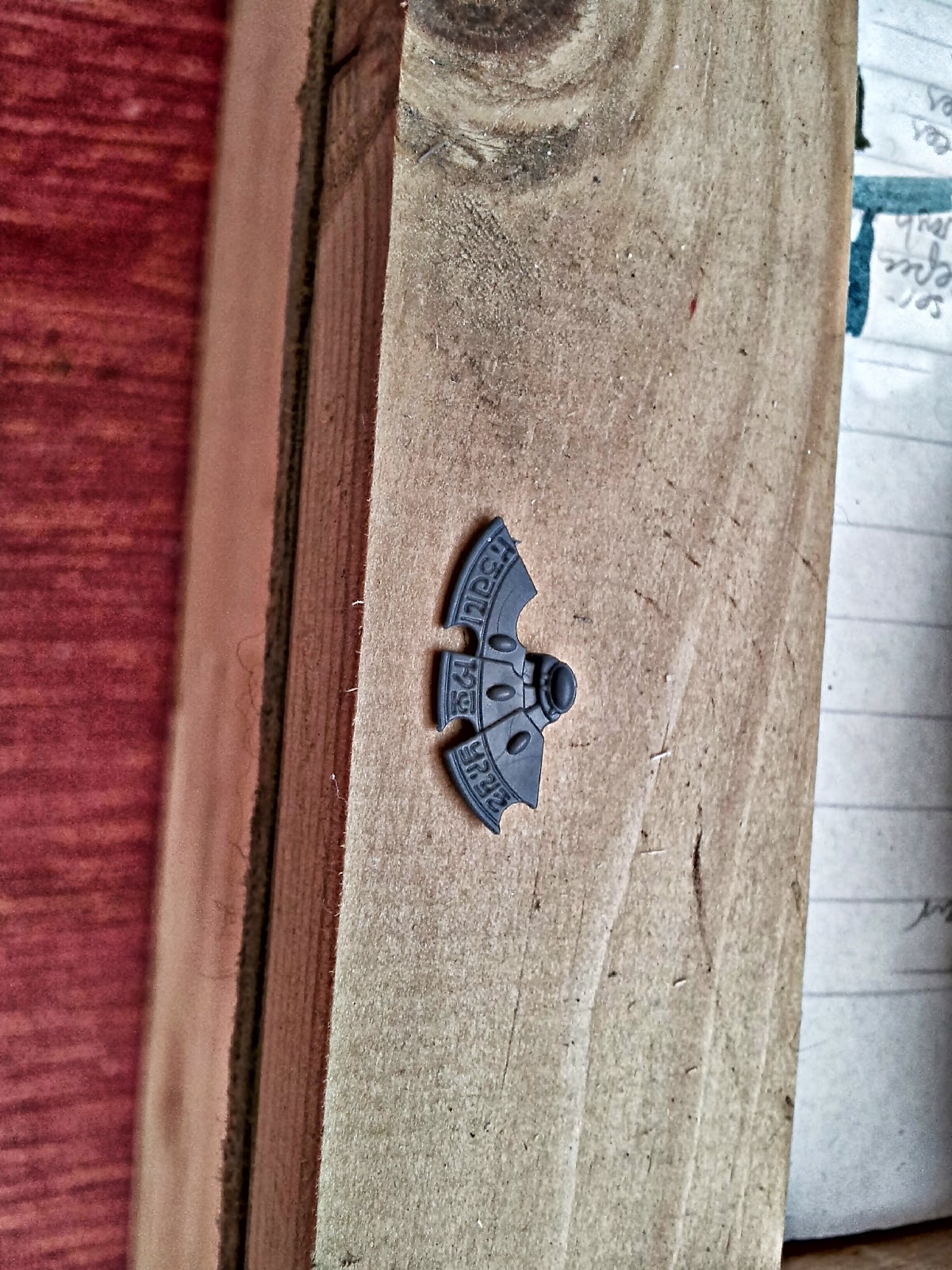 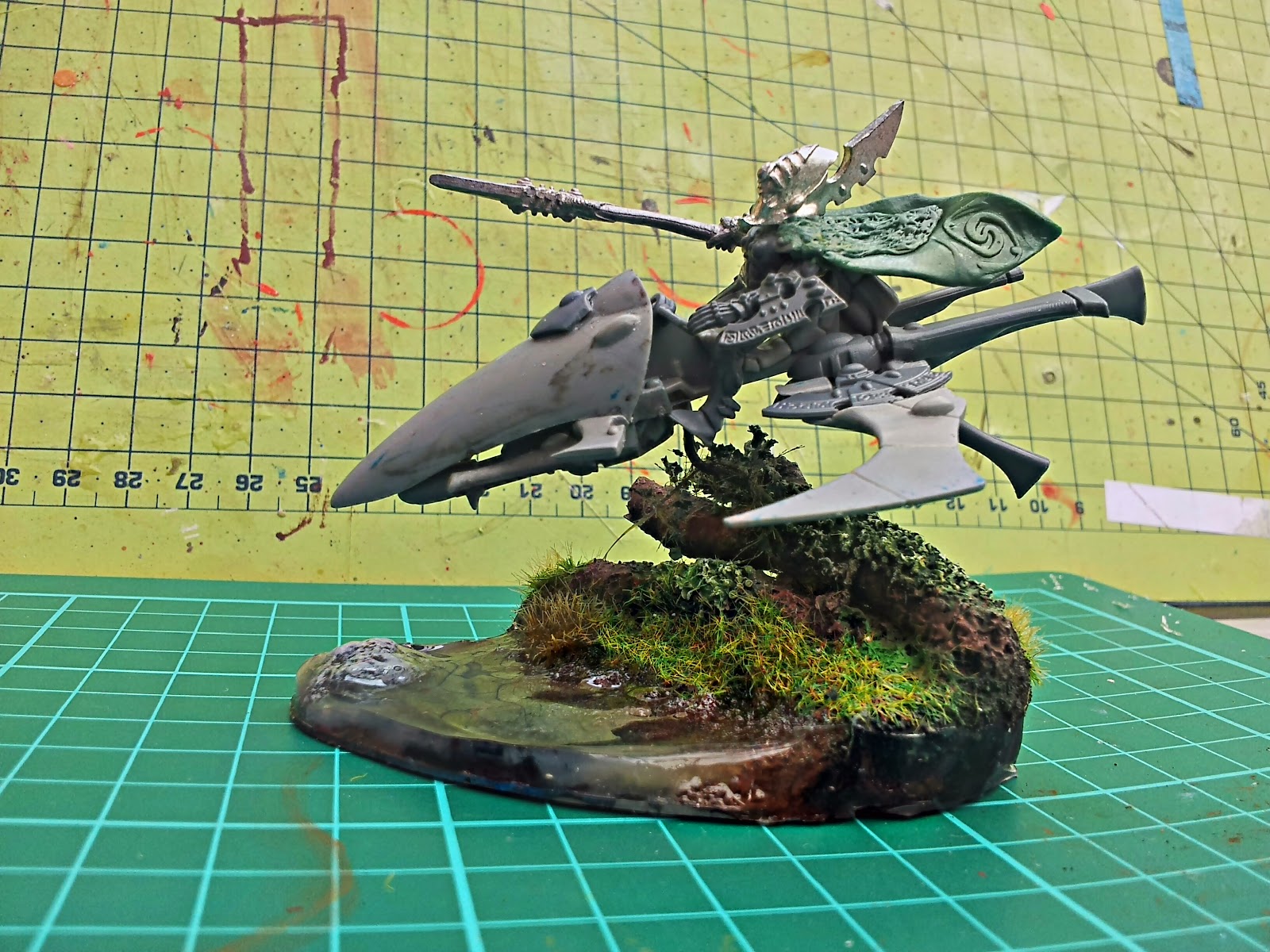 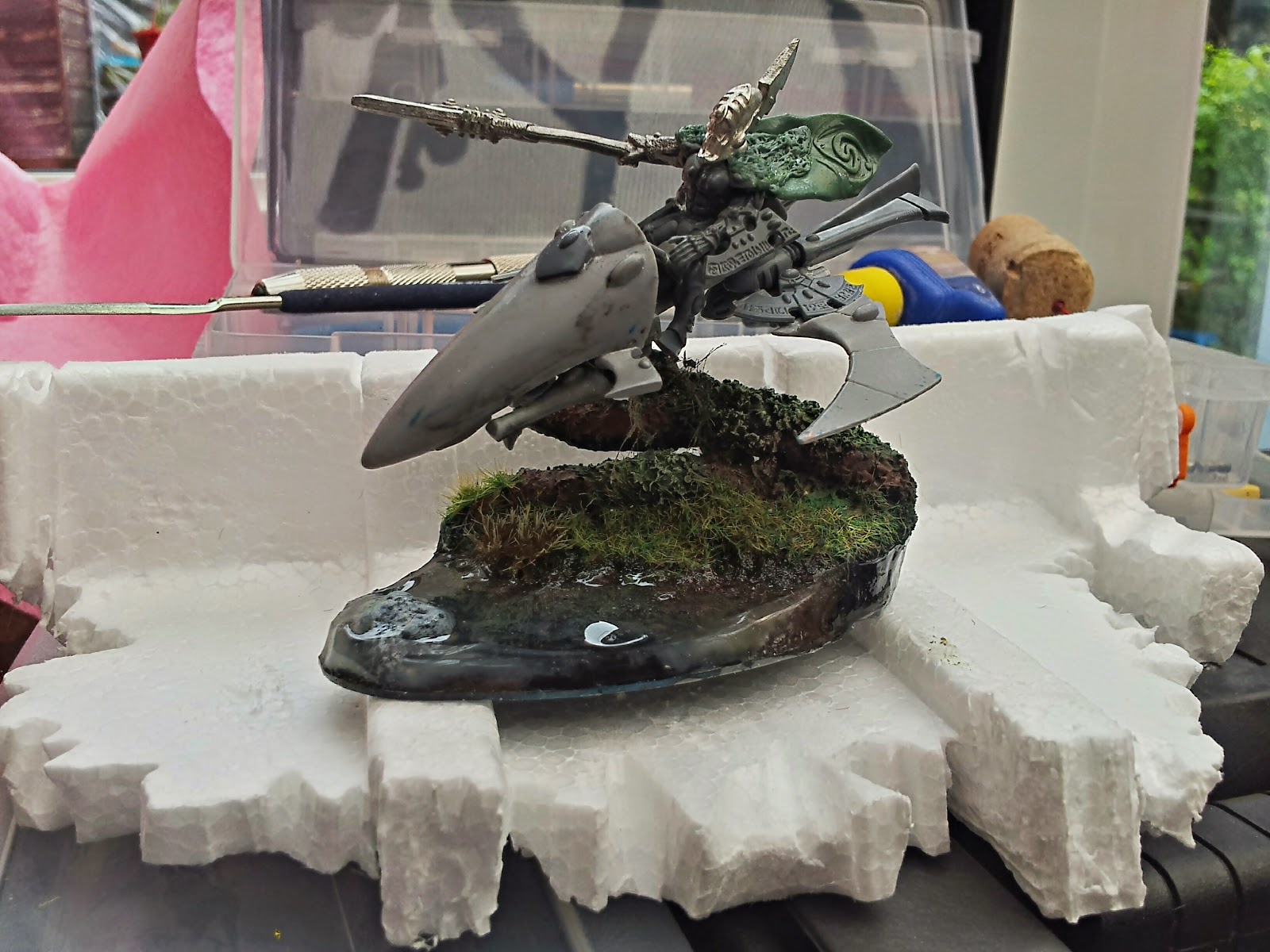 The rider is made from a guardian torso and legs, with arms from my bits-box and a metal farseer head I had in there.  If for nothing more than to hide where I trimmed the excessive shoulder pads, I decided a little cape was OK and created one from greenstuff. It's a fur over a cloak and although I don't think it's technically possible to stretch the definition of "mantle" to cover it, it's my "mantle of the laughing god" if anyone asks,