OK, so first an experiment.  The big (for 15mm) gun from Rebel Minis has been painted with Vallejo silver (I love the Vallejo metallics) and then gloss-varnished.  It will later be painted with beiges, greens and black which, when dry, can be scratched off to show the metal underneath.  Hopefully. 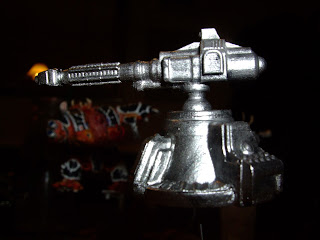 Also, some progress with the Helbrute and Kranon has been made tonight.  Before (high-contrast -- I thought it looked good): 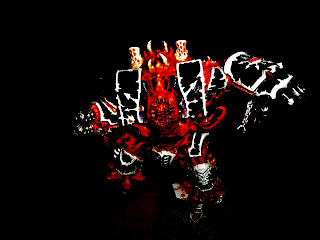 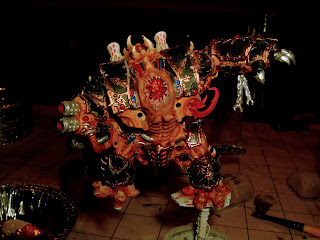 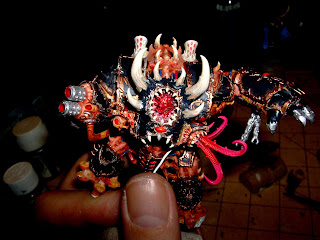 The metal is still bright, but that will be toned down with some artist inks next.  There are plenty of places that the bronze has run onto the black, too.  This is partly because of the very liquid nature of the Vallejo metallics and partly because I never seem to be able to clean my brush when using these paints and don't want to ruin a £4 fine paintbrush. I'll touch the black up later.  It's actually dark blue-grey but I will touch up with black, which should make a nice dark edge.
Posted by Digehode at 17:29